The National Association of Regional Game Councils (NARGC) is the largest voluntary organisation in Ireland involved in game hunting and conservation. The Association has 24,000 members in 965 Clubs spread throughout the country – one Club in almost every parish. It has enjoyed an increasing membership year on year for the past ten years with an average increase of 500 per annum. It is also a Seanad Nominating Body. The Association co-ordinates the activities of its members and clubs through a regional structure comprising 28 regions. The NARCC also represents the interests of all its members at both a national and international level.

Since its establishment in 1968, the Association has been instrumental in the development of significant beneficial legislation since that time. Of particular note was The Wildlife Act 1976, The Wildlife (Amendment) Act 2000, The Firearms Non-Residents Act 2000 etc. The NARGC has been to the forefront in leading challenges through the Courts against misuse and abuses of Ireland’s environmental and shooting legislation. In all cases to date, the Association has been successful and this has resulted in the development of new and more beneficial legislation.

The NARGC does not receive any grant aid from the State and is funded entirely by subscription from its members. Currently the Association’s members contribute some €22 million to the Irish economy annually. In addition, NARGC members spend almost €1 million per annum at club level on non-shooting conservation projects. The Association also provides a fund-raising scheme for conservation through the Irish Habitat Trust, which it established in 1997.

Hunting and shooting is an important activity in Ireland for both urban/city and country dwellers. It is a sport which has deep social community relevance for those who participate. The friendships and social interaction between members of the shooting community goes far beyond the day spent shooting together. In many parishes in rural Ireland, the game/gun club is at the centre of all that happens in the locality. In many areas, the rule of thumb is that if you want something done for the community, you talk to the local gun club members. Hunting also instils in those who participate, a lasting love of the countryside and the outdoor life. This relationship between the hunter and the countryside engenders a real concern for conservation issues and a clean environment.

Shooting people have a vested interest in investing in conservation and ensuring that the game species which they hunt are cared for and that their populations are not threatened. This means that shooting people spend more on non-hunting conservation work than any other environmental groups and all of this money comes from their own pockets. It is because of the activities of shooting people, together with farmers and anglers that the landscape which we enjoy today in Ireland exists at all. That is why far too often the ill-conceived and ill-informed actions of Governments meet with such fierce resistance from country dwellers.

Here's what's coming up for NARGC events and training courses 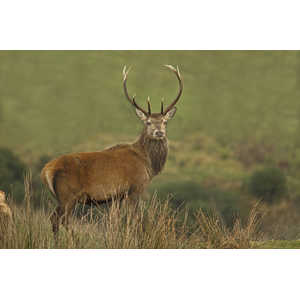 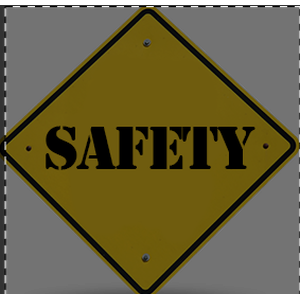 At county level, Gun Clubs are organised by the Regional Game Councils (County Bodies). The Regional Game Councils assist Gun Clubs in the promotion of conservation projects and also in organising various events at county level. They also liaise with other non-Governmental organisations (NGO’s) such as farming bodies and other wildlife organisations.

At national level, the Regional Game Councils are united to form the National Association of Regional Game Councils (NARGC). The NARGC acts as a national lobby organisation looking after the interests of resident sportsmen and sportswomen through assisting in the development and implementation of national wildlife policy, legislation, research, education, habitat purchase and development, financing, game release programmes etc.

The Association is governed by a Constitution which reflects the principles of democracy. Every member has voting rights. It depends solely on its members for its financial wellbeing and receives no subventions from Government or from any other source. The NARGC constituent Gun Clubs are Recognised Bodies under the Wildlife Act 1976 and along with the NARGC and its Regional Game Councils, they will continue to be Recognised Bodies under the new Wildlife Amendment Bill which completed its passage through the Dáil (Irish Parliament) in the year 2000. This in effect means that each Gun Club may take prosecutions in its own right for breaches of the Wildlife Act.

This is recognition unique to the NARGC. The Association is also a Seanad (Upper House of Irish Parliament) Nominating Body and is included in the Agricultural Panel on the Register of Seanad Nominating Bodies. Its inclusion on the Seanad Register is recognition of the importance and wide representation of the Association. The NARGC’s expertise in wildlife matters has been recognised by successive Governments in the past and this was clearly demonstrated by the Association being represented by several of its members on past Wildlife Advisory Councils, the Heritage Council, the Firearms Legislation Review Group and the SAC Appeals Advisory Board.